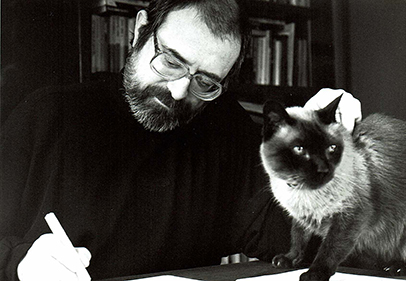 The International Gat Perich Humour Award is an award given in memory of cartoonist and comic Jaume Perich since 1996 to recognize professional cartoonists and comedians. Created a year after the death of cartoonist Perich, by Fer and Perich’s family, the award was organized originally in the Catalan town of Llançà, in collaboration with the Confraria La Barraca. Currently the organization of the award is managed by Associació Perich Sense Concessions. The award consists of a silver statuette of almost two kilos of weight, a reproduction of the famous cat drawn by Perich holding a pencil. A jury consisting of the representatives of the main Catalan newspapers meets annually to decide the winners. We have also granted some extraordinarily Gat Perich Honour Awards, to reward life-long careers of veteran artists that have become references for the new generation of creatives in the field of humour.